A major hurdle most aspiring street photographers have to overcome is the fear of pointing a camera at strangers. There are many reasons to think twice about photographing strangers on the street. Some relate to hypothetical ‘what ifs’ regarding the range of possible negative reactions. These are real but, in my experience, very infrequent.

However, it’s another set of reasons I want to reflect on this post. These relate to two ethical questions inherent in the practice of street photography.

That street photography can be voyeuristic and intrusive is undeniable. Whether, in practice, the photographer strays into these inappropriate areas depends on many factors. Cultural context and the motivations of the photographer are important among them.

Attitudes towards the practice of street photography, among the public and regulatory authorities, vary enormously by country.  Privacy concerns relate to both persons and property. The latter is exacerbated by the increasing privatisation of public spaces in many capitalist countries (think shopping malls and corporate offices).

Intolerance for street photography is notoriously high among the citizens of Marrakech. Weary of being snapped by legions of impolite tourists, they routinely object loudly and assertively. Even experienced Magnum photographers can be phased by the experience (see Marrakech: the city that distrusts photographers). I’ve endured spitting, stoning and loud cursing there – and I consider myself mild mannered and polite. (I’m guessing Bruce Gilden’s continued existence suggests he has never photographed there).

Many countries have tightened their laws regarding rights to privacy of their citizens in recent years. France is often cited as a prime example. However, it is the nearby principality of Monaco that affords its residents the greatest levels of privacy. Professional photographer Rebecca Marshall has written about the intricate and protracted challenge of gaining the multiple permits required for even routine assignments there (see Monaco: license to shoot).

While in Monaco earlier this year, I spent time photographing a particularly promising location. The lighting was interesting but, I had to wait for a passer-by to walk into the exact spot to make the composition work. It was only afterwards I realised the obliging gent was a very well-known British retail businessman with good reasons not to be seen in that place at that time. I didn’t have permits to photograph and so continue to sit on those images. 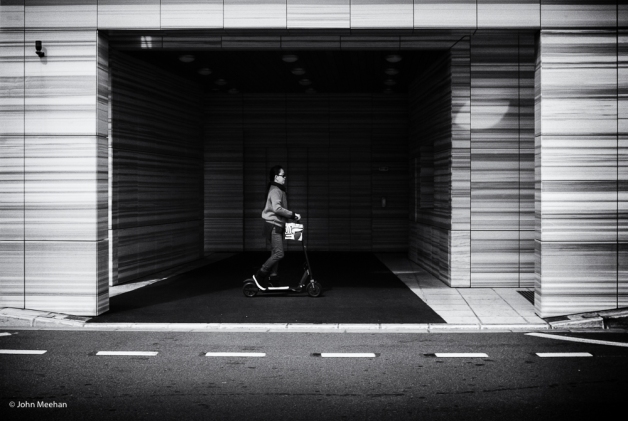 However, these are extreme examples. I believe more restrictive regulatory environments reflect a desire by the rich and famous to deflect the attention of an intrusive media. Ordinary citizens have neither the resources or, more importantly, the inclination to resort to litigation in response to street photographers.

In my experience, most people don’t view the attentions of a street photographer as intrusive if the photographer acts confidently and transparently. Even in Western European countries where mild curiosity or occasional suspicion is more likely, a smile and brief explanation that we’re practicing a form of social documentary photography known as ‘street photography’ usually elicits a positive – or bemused – response. A compliment or two to explain why you chose to feature this particularly cool looking individual never hurts.

This approach involves a loss of the candidness much prized by a minority of hard-line street photographers. So what! Many seminal images in the canon of street photography are characterised by their deliberate lack of candidness. Think of William Klein’s Gun 1: New York City of 1954 (see it here) or Diane Arbus’s 1962 image ‘Child with a toy hand grenade’ (see it here) by way of examples.

For me, candidness is neither a necessary, or sufficient, condition for a ‘street’ photograph.

When is street photography exploitation?

A different set of issues stems from the power differentials that sometimes exist between the photographer and the people we wish to photograph.  Where the photographer is in an obvious position of greater wealth, age, physicality, authority, etc. another person may acquiesce to being photographed when they might really prefer to refuse.

Any responsible photographer is naturally wary of such exploitive situations. Just because we can easily photograph the poor, homeless, children, senior citizens, or disabled people on the street doesn’t mean we’re at liberty to go ahead. It’s worth remembering our own civil rights depend on a reciprocal responsibility to respect those rights for others.

I must admit to viewing this issue of potential exploitation with ambivalence. To my mind, street photography has an important ‘mass observation’ documentary role capturing the times in which we photographers live.

Consequently, I do not, by way of example, subscribe to the view that candid photographs of homeless people are off limits as many photographer’s assert.  I take the view that all aspects of my social and physical environment are legitimate subjects as aspects of my life experience. That is to say, I believe it is legitimate to express my experiences on the street through my photography.

Don’t get me wrong, I’m not in favour of a crass carte blanche approach to street photography. It is not OK in my book to photograph people in distress, continue to take photographs if someone appears uncomfortable or says stop, to deliberately portray someone as unattractive, or in a compromising situation.

However, I believe it is legitimate to photograph the homeless, elderly, disabled people, or whoever, if the motive is to make a statement about a specific societal issue affecting them (and charactering the times in which I am living). Where there is the potential to compromise people in the image it is possible to frame the image so as not to reveal their identity as in the examples of ageing below illustrate. 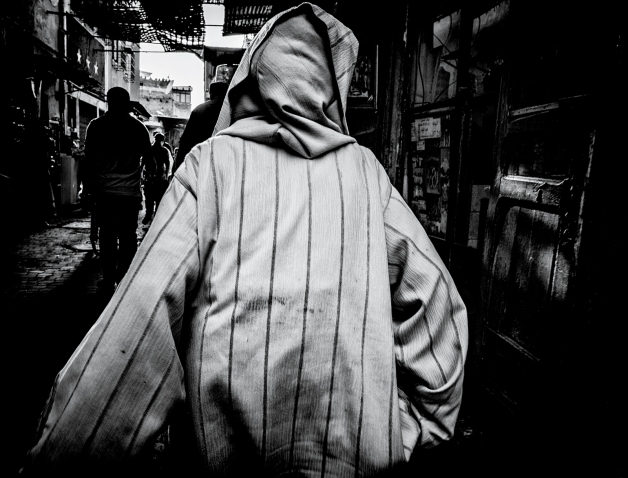 There are situations where street photography involves a third party who is not present in the photograph. The freedom to photograph children, for example, should depend on the consent of parents or guardians. But, even in the case of children, context matters and there are times when consent is implied rather than formally granted.

For example, the image below was taken in the UK without formally seeking parental consent. The parents of the children were sat close by watching their kids have fun and I was in plain sight of them about 10 meters away.  I’m absolutely sure they could see there was nothing remotely creepy or voyeuristic in what I was doing. Like them I was just delighted to see the little ones so obviously enjoying themselves and recording that emotion in photographs. 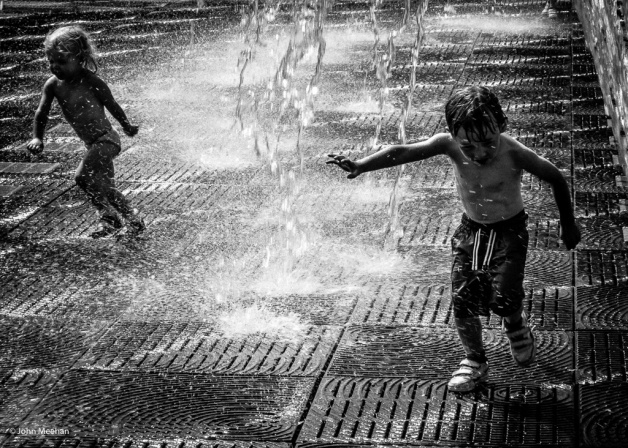 On occasion, formal rules may help guide the photographer’s decision to lift the camera and click, or walk on by. As often as not there will be a grey area between those rules and reality where an exercise in judgement is required.

Here one’s own motives for wanting to make the photograph come into play. The photographer must quickly ask and answer the question: Why am I making this photograph?

If there is a plausible answer defensible by reference to documentary intentions that doesn’t gratuitously compromise any person included in the photograph, then go ahead and record the scene. It is a legitimate subject for street photography and you are doing a potentially valuable thing in recording that social event for posterity.

On the other hand, if your answer is that the person looks uncontrollably drunk, is judged ugly, weird, or otherwise perceived negatively due to their ‘difference’ from you then put down the camera and walk away from photography. You will never produce work of any value and will do nothing but harm to ‘street’ photography’s reputation.